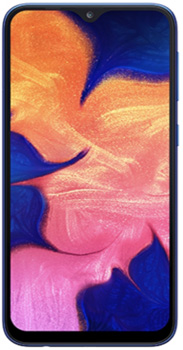 Samsung Galaxy A10 price in Pakistan

Samsung Galaxy A10 price in Pakistan starts at Rs. 21999. This is for the base variant that comes with 32GB Built-in, 2GB RAM which is available in Blue, Gray, Red color.

Samsung Galaxy A10 - Rock On With Vast Storage Capacity
Welcome to Samsung’s dynamic technology for smartphones! It has been upgrading and developing a great combination of its old mechanisms in hardware and software grounds. Samsung Galaxy A10 is one of the best examples of this evaluation. So let’s take a quick look at its specifications and features to explore it properly! As you know! A powerful processing unit is the soul of the smartphone. Octa-core 2 x 1.6 GHz + 6 x 1.35 GHz powers Galaxy A10 and Octa Exynos 7884 along with Mali-G71 MP2 that accompanies it to make high-performance processors. Its most prominent component is its memory storage capacity consisting of 32GB Built-in and 2GB RAM with the additional support of a microSD card that supports up to 512GB. This luxury storage is considered an award for a mid-range price smartphone like Galaxy A10 because some of the expensive ones don’t reach this capacity. Its age of photo/videography. So a highly detailed camera result has become a desirable aspect for most users. It has a 13 MP primary camera with auto/touch focus, face detection, and 5 MP front camera with LED flash to provide optimum performance. Samsung never compromises on looks and display, so it is designed with 6.2 inches to display with IPS LCD Capacitive Touch/multitouch screen that supports 16M colors, which present an extremely slim155.6 x 75 x 7.94mm dimensions that makes it adorable. In some other significant features, it has FM radio, NFC, microUSBv2.0, BlueTooth, advanced sensors, HTML 5 browser, torch, dual sim, Android 9.0 (Pie), built-in and downloadable games and many more. Also, it has a powerful, fast-charging non-removable 3400 mAh battery that offers you enough talk and music playtime. In this way, Samsung has introduced an affordable but sufficiently advanced smartphone in three elegant colors, such as Gray, Blue, and Red. All these make it a desirable smartphone for smart users of smartphones.

Samsung Galaxy A10 Specs and Details